From “Moses: A Story of the Nile”

Moses sought again the presence of the king:
And Pharaoh’s brow grew dark with wrath,
And rising up in angry haste, he said
Defiantly, ‘If thy God be great, show
Us some sign or token of his power.’
Then Moses threw his rod upon the floor,
And it trembled with a sign of life;
The dark wood glowed, then changed into a thing
Of glistening scales and golden rings, and green
And brown and purple stripes; a hissing, hateful
Thing, that glared its fiery eye, and darting forth
From Moses’ side, lay coiled and panting
At the monarch’s feet. With wonder open-eyed
The king gazed on the changed rod, then called
For his magicians — wily men, well versed
In sinful lore — and bade them do the same.
And they, leagued with the powers of night, did
Also change their rods to serpents; then Moses’
Serpent darted forth, and with a startling hiss
And angry gulp, he swallowed the living things
That coiled along his path. And thus did Moses
Show that Israel’s God had greater power
Than those dark sons of night.
But not by this alone
Did God his mighty power reveal: He changed
Their waters; every fountain, well and pool
Was red with blood, and lips, all parched with thirst,
Shrank back in horror from the crimson draughts.
And then the worshiped Nile grew full of life:
Millions of frogs swarmed from the stream — they clogged
The pathway of the priests and filled the sacred
Fanes, and crowded into Pharaoh’s bed, and hopped
Into his trays of bread, and slumbered in his
Ovens and his pans.

There came another plague, of loathsome vermin;
They were gray and creeping things, that made
Their very clothes alive with dark and sombre
Spots — things of loathsome in the land, they did
Suspend the service of the temple; for no priest
Dared to lift his hand to any god with one
Of those upon him. And then the sky grew
Dark, as if a cloud were passing o’er its
Changeless blue; a buzzing sound broke o’er
The city, and the land was swarmed with flies.
The Murrain laid their cattle low; the hail
Cut off the first fruits of the Nile; the locusts
With their hungry jaws, destroyed the later crops,
And left the ground as brown and bare as if a fire
Had scorched it through.
Then angry blains
And fiery boils did blur the flesh of man
And beast; and then for three long days, nor saffron
Tint, nor crimson flush, nor soft and silvery light
Divided day from morn, nor told the passage
Of the hours; men rose not from their seats, but sat
In silent awe. That lengthened night lay like a burden
On the air, — a darkness one might almost gather
In his hand, it was so gross and thick. Then came
The last dread plague — the death of the first born. 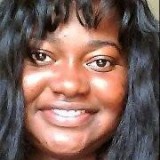